post-title Dying to see an elephant on your Gap Year? 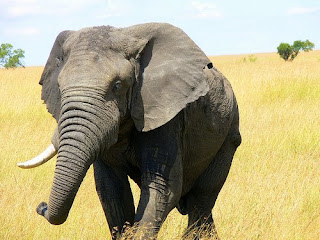 The first officially sanctioned sale of ivory in southern Africa for almost a decade opens on Tuesday.  Namibia, Botswana, South Africa and Zimbabwe will auction more than 100 tonnes of ivory from stockpiles to buyers from China and Japan.
Data shows that poaching figures dropped after the last official sale, but fears remain that this move will encourage illegal poachers to increase poaching.  The ivory trade was banned globally in 1989 because poaching was decimating elephant populations. This and the 1999 sale are the only exceptions.  Last week, the internet site eBay banned virtually all products containing ivory after lobbying from animal welfare groups.
Will this decision prevent or encourage the poachers? Let’s hope the elephant populations continue to expand and live naturally all across Africa despite the politics of ivory trade.