post-title Andy back from Africa

I returned on Friday to soggy weather and M25 traffic.  Over the last 6 weeks I have visited 3 of Quest’s project sites in Africa and enjoyed every minute of it!

Tanzania – The new classroom built by Quest Tanzania GAP ’09 at Waang’waray is a true thing of beauty and is already in use.  I also checked out the tilapia pond built by the team which is now bursting with fish!  Plans are in place for the new chicken coop to house over 200 chickens to be built in August.  Thanks to everyone who supported chicken week 2009! 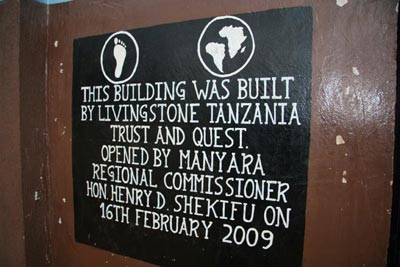 There are plans for 7 more classrooms at Waang’waray and so the Livingstone Tanzania Trust and Quest will be sending out many more teams over the next few years to help create a sustainable school, providing top notch education to the children of Tanzania.  My thanks go to the Tanzania GAP Team, Julian Page and Joas Kahembe at LTT, our local guides in Tanzania, Janet, the Rev, Marcel the School farm manager and the entire community for making this project so successful.

Kenya – I spent 6 days with the team in which time I saw the true power of the sand dam.  The team this summer are working with the self help group of Munathi and I visited a dam built in 2007 which is still providing life saving water for drinking and crop irrigation even after two year of drought in the area.  I also got knee deep in cement to help build the groups first sand dam.  It took just 4 days and 173 bags of cement to complete.  The community atmosphere was incredible as we all worked alongside the 55 members of the Munathi self help group.  We were even joined by 70 members of another village from 12km away on one day which was amazing.  Imagine a giant human cement mixing machine, with whistles blowing, dancing, singing and lots of laughter! 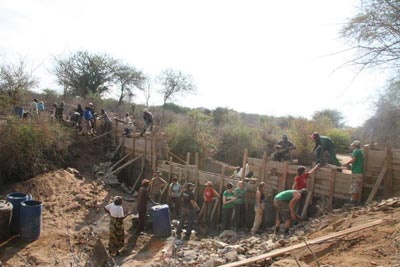 I was so impressed by the hard work of the Quest volunteers and it was a sad goodbye when I had to leave.  Since my departure they have extended another dam and built another dam twice as big as the first from scratch.

My thanks go out to the team and all the Excellent Development Kenya staff who looked after me so well.  I have never eaten so many avocados!  Of course they are the original super food.

Malawi – My final stop took me to see the team in Chitakale.  A stunning village surrounded by the rolling hills around Blantyre.  The team are working hard to build a new classroom at the local school for years 3 and 4.  They have moved more bricks than I have ever seen in my life and have embraced ancient technologies to move immovable trees the size of cars! 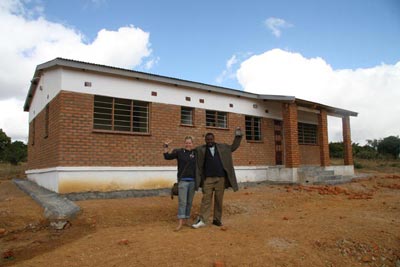 The team have also been helping out at the feeding centre where entertaining 60 orphans for 5 hours is quite a challenge!     Football against the locals is a daily occurrence with interesting rules.  It basically works that there are 3 teams.  One sits out while the other two play for 5 minutes.  If a team scores in this time they remain on the pitch and the loosing team swaps out.  If neither team scores in the allotted time it goes to a nail biting penalty shoot out!

As well as spending my time with the Summer team I also had time to admire the incredible new staff house that the Malawi GAP team ’09 built in Pensulo.  A stunning achievement finished to the highest standards.  Well done to the entire team for there continued hard work and many thanks to Redson and Sylvia from Joshua for all their help to make this project so successful. 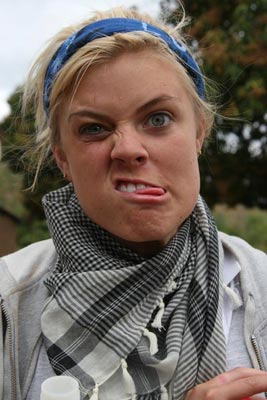