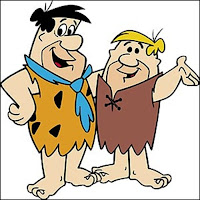 Scientists have found a possible new route taken by early modern humans as they expanded out of Africa to colonise the rest of the world.

Researchers, from the universities of Bristol, Southampton, Oxford, Hull and Tripoli in Libya, have confirmed that there was a new possible route where rivers once flowed from the central Saharan watershed all the way to the Mediterranean.

Similarities in the style of stone tools being made in Chad and Sudan with those manufactured in Libya during this key period, lend the theory some support, say the scientists.
Researchers had previously focused on the Nile Valley as the principal route of dispersal into other continents by early representatives of our species.
Although it is unclear which routes they took to get there, Homo sapiens had reached the Levant by around 100,000 years ago, where their remains are known from Es Skhul and Qafzeh in Israel.
However, this appears to have been an early, failed foray outside Africa by modern humans. By 75,000 years ago, Neanderthals had replaced our species in the region.
Then, about 45,000 years ago, modern humans reoccupied the area.
Genetic evidence suggests that populations living outside Africa today are the descendents of a migration which originated in the east of the continent between 60-70,000 years ago.