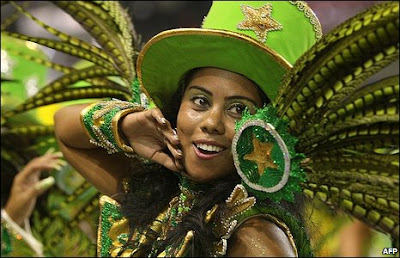 Across the pond in Rio de Janeiro one of the biggest and most spectacular parties on earth is in full swing. The Rio Carnival this year has attracted thousands of people and despite a lack of corporate funding the event has been no less spectacular.
Check out the BBC pictures here!
Quest Overseas’ Rio team are at their project site in the favela of Mangueira as I write this. Over the past couple of weeks they have been working alongside kids in the Tia Neuma Infant School and young people living at ‘Casa Lar’ a home for handicapped children, supporting staff, organising games, outings and educational activities, and helping with their preparations for Carnival. The Quest team will be doing themselves proud as part of the parade alongside these children and the legendary Mangueira Samba School. This is one of the oldest and most popular Samba schools in Rio due to its strong community links and always performs well during the main event, the fabulous Samba Parade. 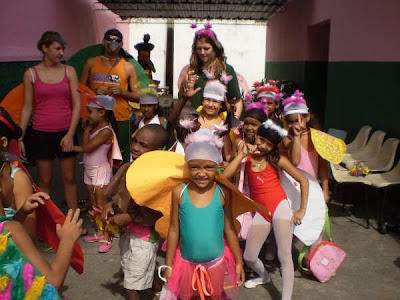 Check out the latest updates from the Rio Team here!
I want to take help disadvantaged youngsters in Rio and take part in Carnival!