After a resounding footie success against their language school – a
6-3 victory for the girls and an epic 9-4 for the boys here’s the
latest from the Villa Maria Gap Team – thanks to this weeks blog squad
Will, Julie, Claire and Jessica… 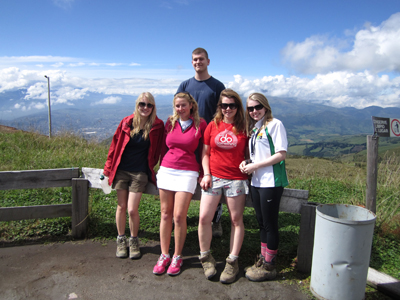 After a quiet start to the week, Tuesday was another early start as
the group took the teleferiqo to the top of Pichincha, the mountain
that overlooks Quito. Once there, the more hardy members of the group
walked for several hours even higher to a peak with a magnificent view
over the city below; while those suffering from the effects of the
altitude (the peak we climbed reached 4,784 m above sea level) or
severe laziness remained in the café. Tuesday evening saw the start
(and subsequent re-start after fourty minutes) of the epic Lord Of The
Rings marathon after a delicious pasta dinner cooked by the cooking
team.

Wednesday started with Spanish lessons as usual, and the afternoon
was the second group{s chance to visit the women’s prison in Quito.
However this second group was unfortunately denied entry to the prison,
allegedly due to the riots that had occurred the week before when Pedro
was spotted by the inmates. Some members of the group decided to use
this unexpected free time by visiting the fascinating museum of
Ecuador, while others used it slightly less constructively by somehow
managing to spend five hours in a salon without any visible benefits.
That night was “Ladies Night” in the popular clubs of Quito, although
there were no “Ladies” in sight after the first round of free drinks.
It seems as though the females of the group were floored by the offer
of free alcohol, some more literally than others. 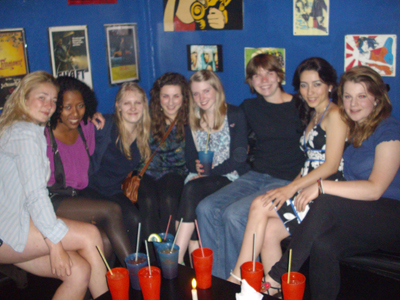 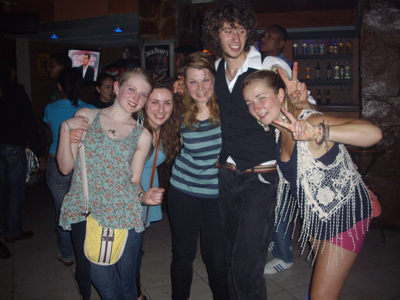 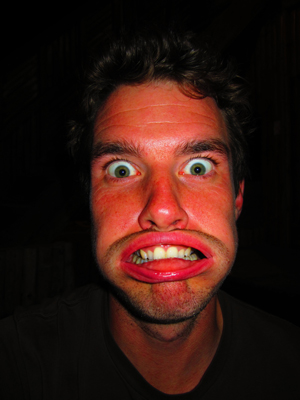 Thursday saw the newfound linguistic skills of the group members
tested to the limit as we began work on our Spanish Plays, masterpieces
which will be performed on Tuesday. Then, after another quiet afternoon
contemplating the events of the night before, the group headed into the
old town to watch the sun set from the majestic statue of Mary. However
due to the unfortunate circumstance of the sun setting before the group
was even ready to leave the hostel, that part of the plan was postponed
and the team headed straight to La Ronda, a beautiful cobbled street in
the Old town lined with small establishments serving canelazo, a
traditional South American drink made from a mixture of cane spirits
and hot fruit juices. This was accompanied by a performance from
several musicians, one of whom took an unfortunate fall after sitting
on the chair that Laura and Bolex had kindly decided to break and then
replace without informing the staff. 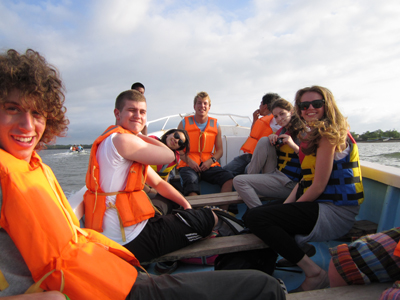 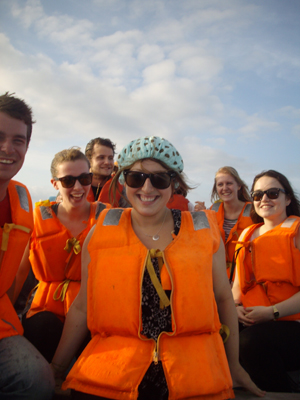 A 5am start was roundly welcomed by the group on Friday, especially
when the bus which was meant to take us to the coast was delayed till
9. After an excruciatingly long journey by bus and motorboat we arrived
in Mompiche, a picturesque village looking over a beautiful bay. After
a delicious dinner of fresh local fish, the team retired to their rooms
to prepare for a Saturday in the sun… 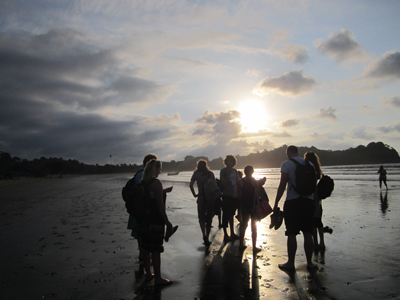 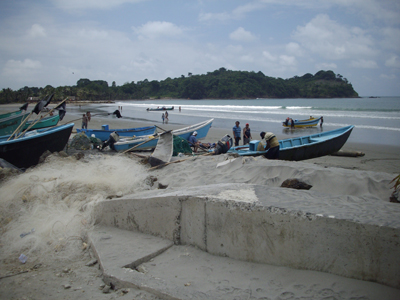 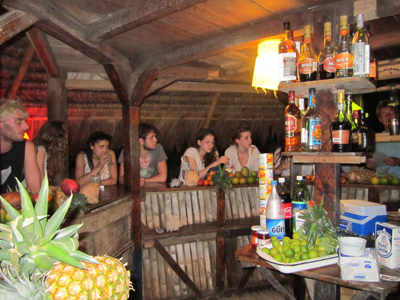 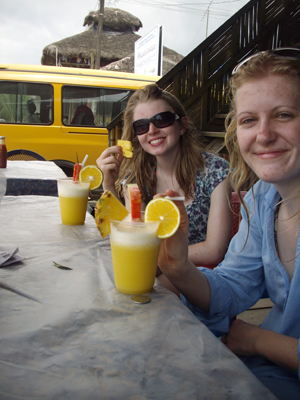