Funds from Quest Overseas ‘gap year’ students has been earmarked for the reintroduction of giraffes into the Shewula Conservation Reserve in Swaziland, Southern Africa.  The funds, totalling £6000 will be used to purchase 6 giraffes that will in turn increase tourism providing the local community with a sustainable income. 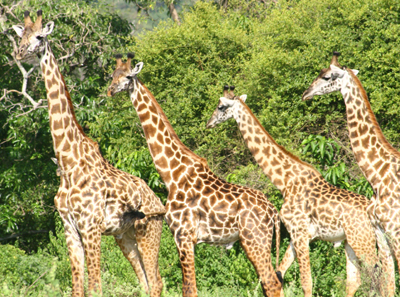 Since 2001 Quest Overseas have been working with the Lumombo Conservancy, Peace Parks foundation and the Shewula Community to provide a sustainable solution to generate local income, educate people and help to conserve and reintroduce species in Swaziland.  ‘Gap year’ volunteers work on Quest Overseas projects for 6 weeks on a combination of community and conservation work.  Each volunteer donates £850 to the project which goes towards the upkeep of reserves, species surveys, community development and education projects.

Over the last 8 years part of the funds raised by Quest Overseas ‘gap year’ volunteers who worked on the Swaziland project is to be used for the reintroduction of native species.  Plans to reintroduce 6 giraffe into the conservation area are well under way and it is expected to go ahead in May 2010.

Giraffes, like many mammals in Swaziland were completely wiped out by hunting, they are essential in controlling succession and fulfilling an important ecological niche.  The reintroductions will attract tourists who will in turn be able to stay at Shewula Mountain Camp which was part funded by Quest Overseas volunteer teams.  As well as providing many local jobs, profits from the camp go back into the community.  It also acts as an education centre that makes local people aware of the natural wealth they have around them and as a consequence highlights the negative impacts of hunting.

A group of ‘gap year’ volunteers will depart in April of 2010 and might be lucky enough to be part of the reintroduction.

Apply for a position on Quest Overseas Swaziland Conservation and Community GAP here!